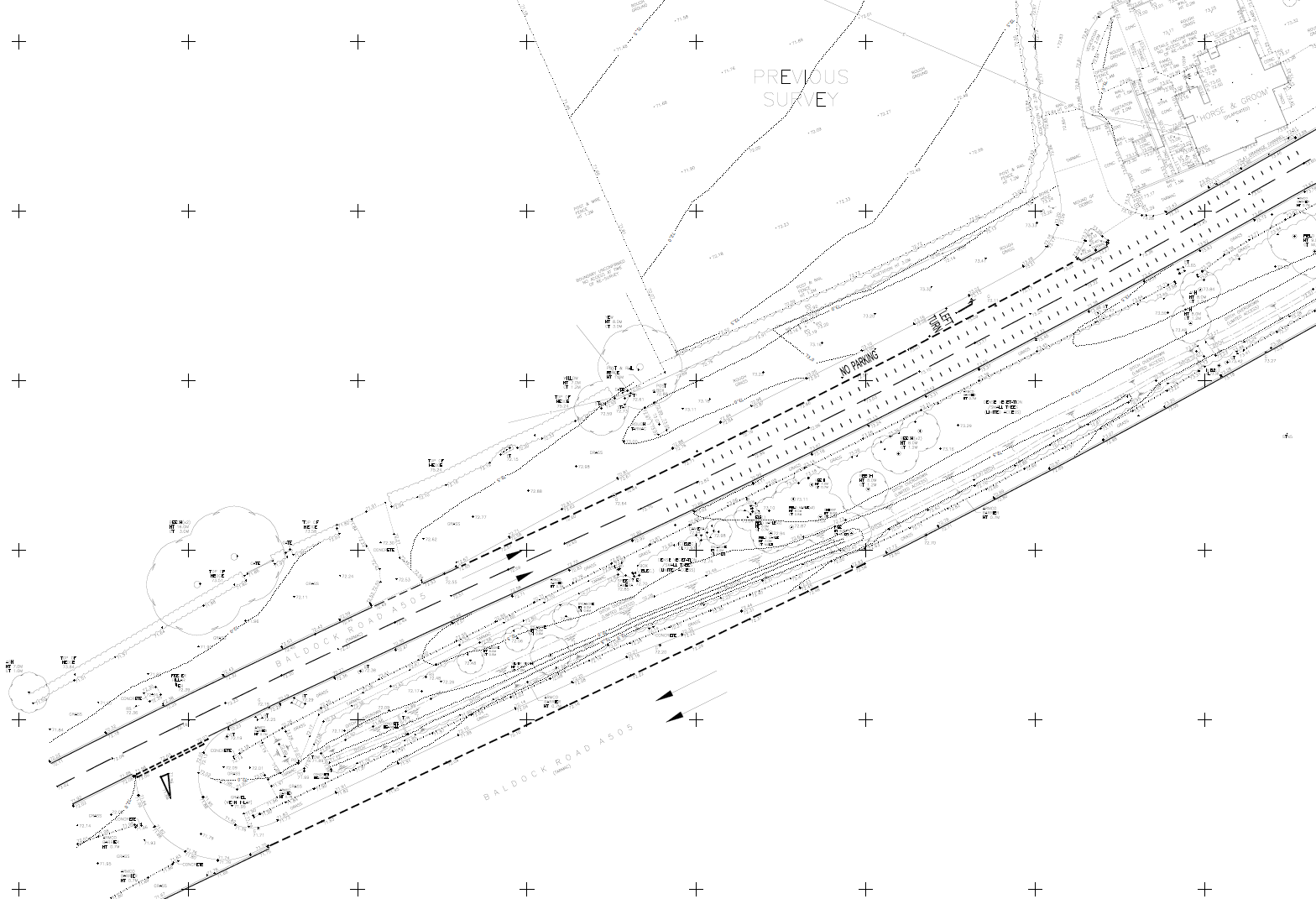 In this topographical survey, we faced the addition challenges of a busy dual-carriageway. This required us to follow strict safety procedures and adjust our approach to suit this survey specifically.

In this set of elevations, we have an entire street scene of shops and properties above. We were asked to survey the entire property (plans sections and elevations) and had to plan this survey specifically to coincide with the end of term to avoid contact with the property tenants. We also had to liaise with each of the shop owners about suitable times of entry to survey each unit. We have paid close attention to architectural detail, shop signage and font usage to add a personal touch to the drawings. 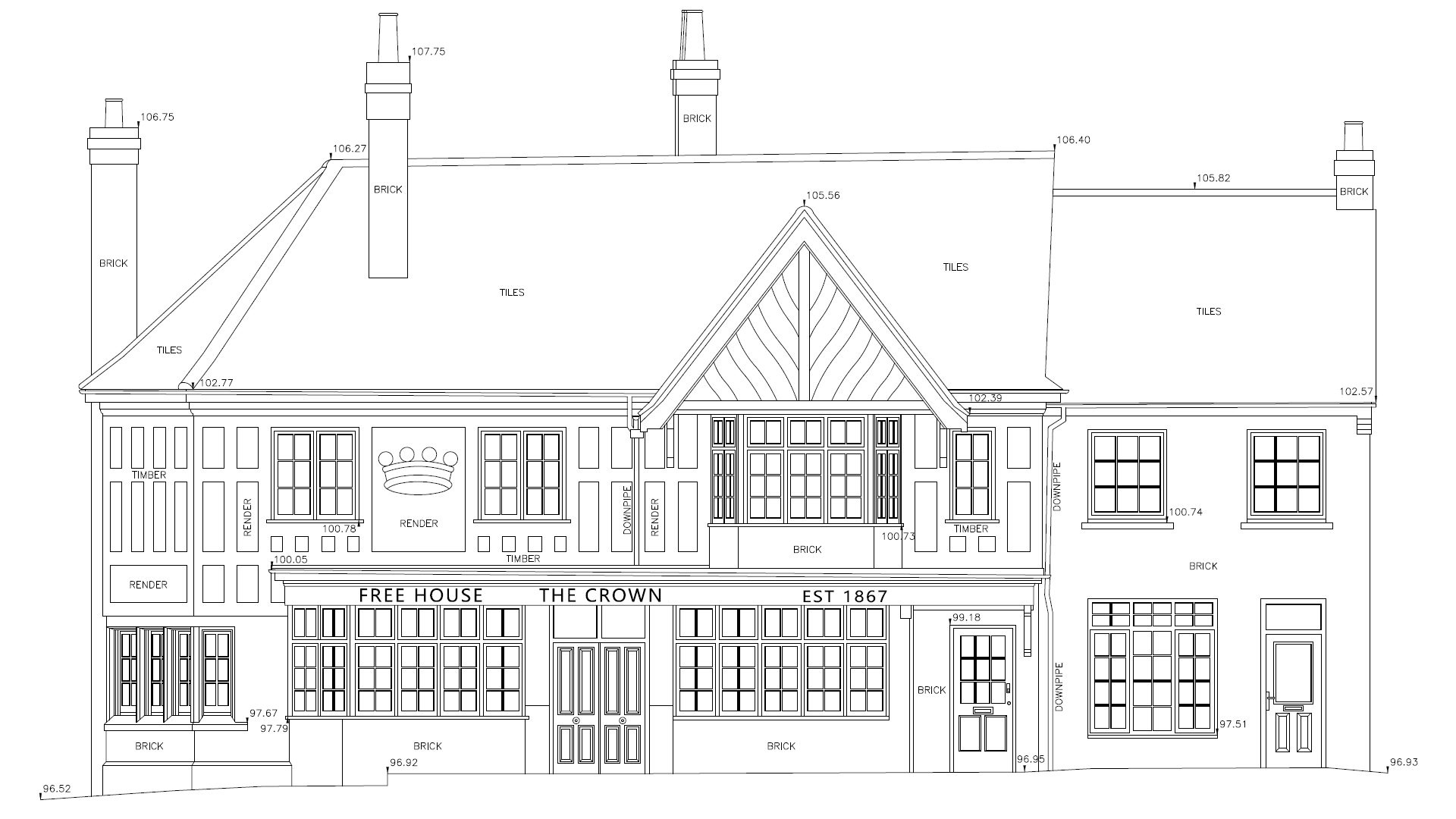 Here in this example elevation of a public house, you can see some of the architectural detail that we are able to reproduce. We are able to change our font types too and make a real effort to capture the intricate detail of signage and shop fronts as closely as possible to give our elevations that touch of personality about them.

A typical survey for us would combine a Topographical Survey with a Measured Building Survey comprising of floor plans, elevations and sections. We undertake surveys of this type on all types of properties including ; commercial and industrial properties from shops to warehouses, residential properties from historic buildings to modern houses, and farm buildings from timber barns to steel frame structures. 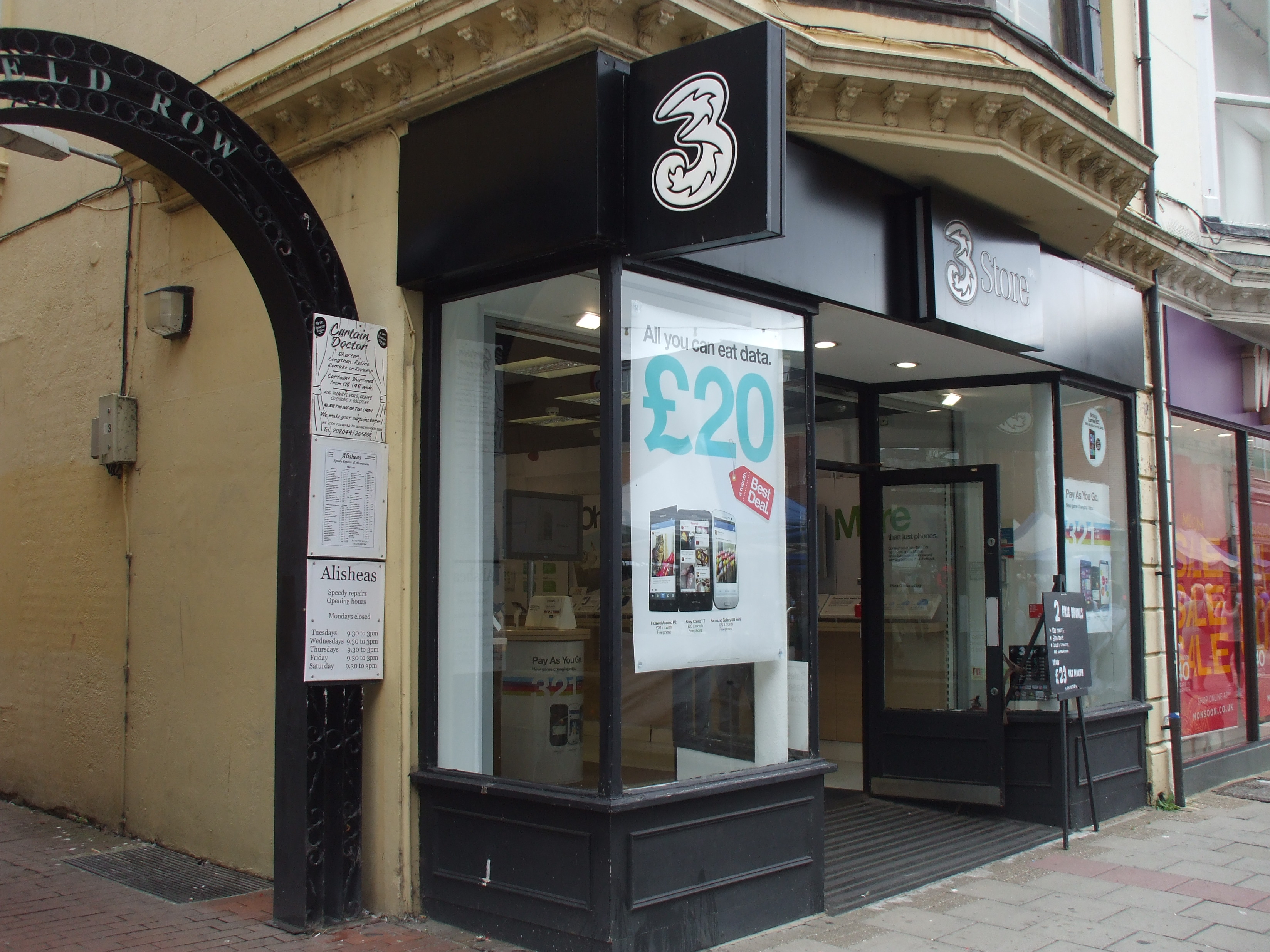 We were appointed by JWA architects late in December 2012 to undertake detailed measured building surveys of retail outlets on behalf of the mobile phone network company, Three. This was to aid a nationwide refit program for the Three Store network. We carried out surveys throughout the United Kingdom including Northern Ireland and Scotland. We started the surveys in January 2013 and completed over 200 stores by the end of 2013, working to very tight deadlines. The specification for these surveys was very detailed, including electricity sockets, switches and fire escape features. 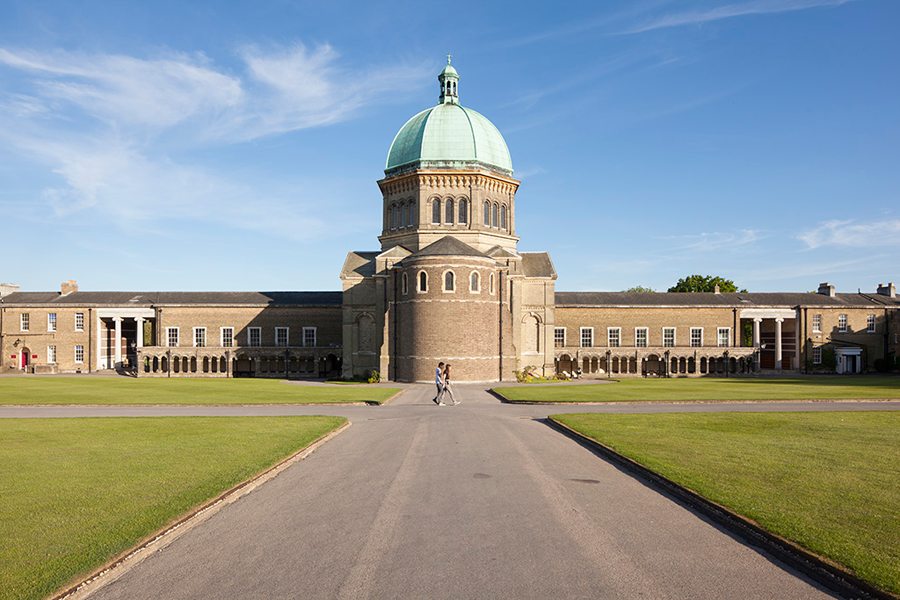 Haileybury school appointed us to undertake a number of measured building surveys and topographical surveys on their extensive site in Hertfordshire. The most notable surveys being of the grade II listed domed chapel and the old library. We have also undertaken a number of topographical surveys of the sports fields and other areas which we have related back to the Ordnance Survey Active GPS network to create the basis of an overall masterplan which future surveys can also be related to.